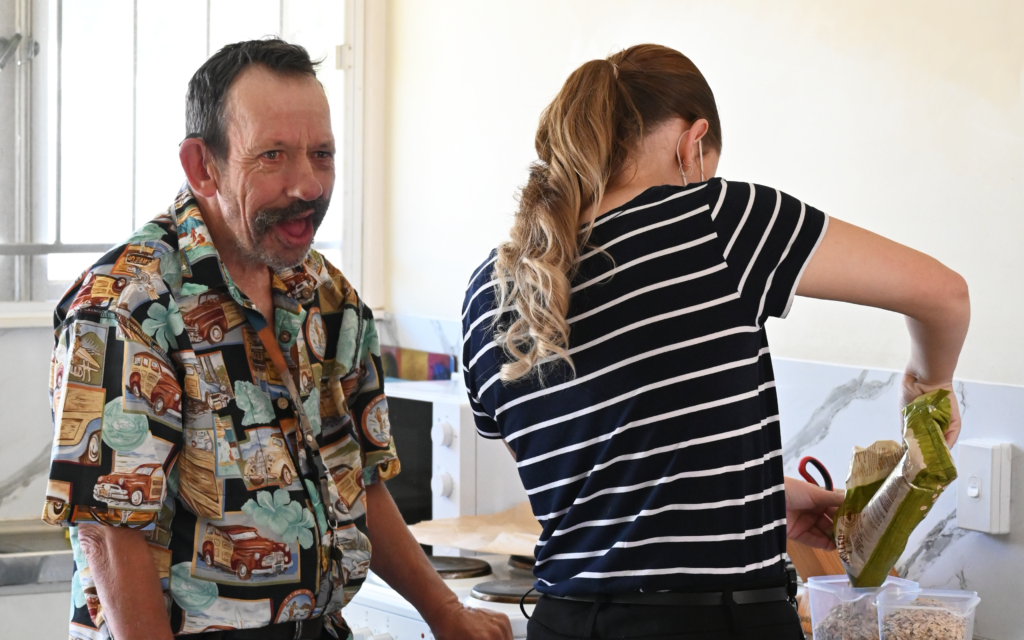 Meet Ross, the Brisbane local who never fails to bring a smile to the team’s face with his jovial personality. 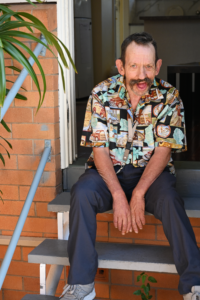 Originally from New Zealand, Ross moved with his dad to Australia at a young age, spending most of his life in Brisbane. During his younger years, Ross acquired a mild cognitive impairment and was diagnosed with Schizophrenia, a discovery that saw him begin his NDIS journey.

Ross never let his diagnosis hold him back as he made the most of Australia’s beaches, spending a few years in Bondi before moving back to Brisbane. On his return, Ross moved into supported accommodation in Nundah, where he first learned of breakthru. Wanting to learn about how he could improve his independence, Ross began his journey with breakthru in 2020.

After getting in contact with breakthru Fortitude Valley, our team sat down with Ross to discuss what he was hoping to achieve and what his goals were. From this, they decided that Support Coordination and Allied Health supports could help Ross access the service providers he wanted whilst supporting him in improving his independence.

“My main goal was to get better at cooking for myself and improving my speech,” Ross said.

So, with the help of our Occupational Therapist, we worked together to develop a one-on-one cooking program with breakthru’s Allied Health Assistant, Faith. Meeting each week to try out new recipes, improve his speech, and build his confidence in the kitchen.

Together, Faith and Ross began their culinary journey, spending their sessions cooking a variety of recipes, from sweet treats like biscuits to feasts of steak and vegetables. These sessions coincided with Ross’s work at a local factory where he works two days a week, giving him the chance to take his delicious home cooked meals for his lunch breaks. 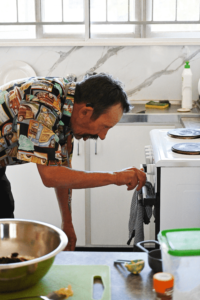 Faith and Ross began their program trying out simple recipes with her taking the wheel when it came to utilising the knife and stove. However, after time and practice, Ross is now trying out more advanced recipes, and can take the lead in the kitchen for practiced recipes.

Ross has been pleased with his progress, “I am improving with my cooking, I can now make some of my favourites, including steak and sausages, by myself,” he said.

These sessions have seen Ross come out of his shell, improving his speech as he discusses what he gets up to during his week with Faith and his Support Coordinator, Darcy. Where he enjoys exploring new restaurants across the Brisbane foodie scene, gaining inspiration for his sessions, checking out what the shops have on offer, and making a little extra cash with his side hustle, selling pens.

Ross’s hard work doesn’t stop with his cooking program, encompassing his role at a local factory in Brisbane where he oversees making Brisbane Ekka showbags, stock inventory, and more. This industrious attitude has seen Ross recently receive a promotion in his role, being paid at a higher rate for his untiring efforts.

Having just celebrated his 59th Birthday with a trip to Mooloolaba, this pay rise has meant that Ross can begin to save for his next big goal, an overseas trip. Together, Ross and his Support Coordinator, Darcy, are beginning to budget for his upcoming trip, a vacation in New Zealand to visit his family.

“Faith and Darcy are helping me save and stay focused so I can work towards my New Zealand trip next year,” Ross said.

We can’t wait to hear all about his travels as he brings in his 60th and ticks off yet another goal! 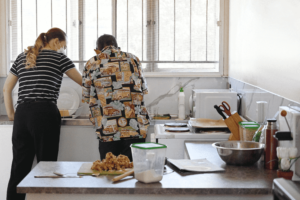 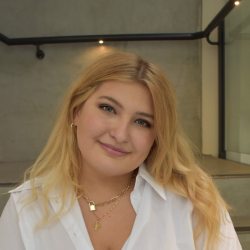 Isabella Grant
Marketing Coordinator at breakthru
Following Isabella's move to Brisbane, she was offered a role with breakthru whilst completing her final year of studies. Having now completed her Bachelor's Degree of Creative Industries, she has continued with breakthru in a higher capacity, providing marketing and design assistance.

Isabella's previous experience in the social services industry saw her passion for the advocation of equality grow, with her work with breakthru aiming to increase the awareness and representation of people with a disability in the community.