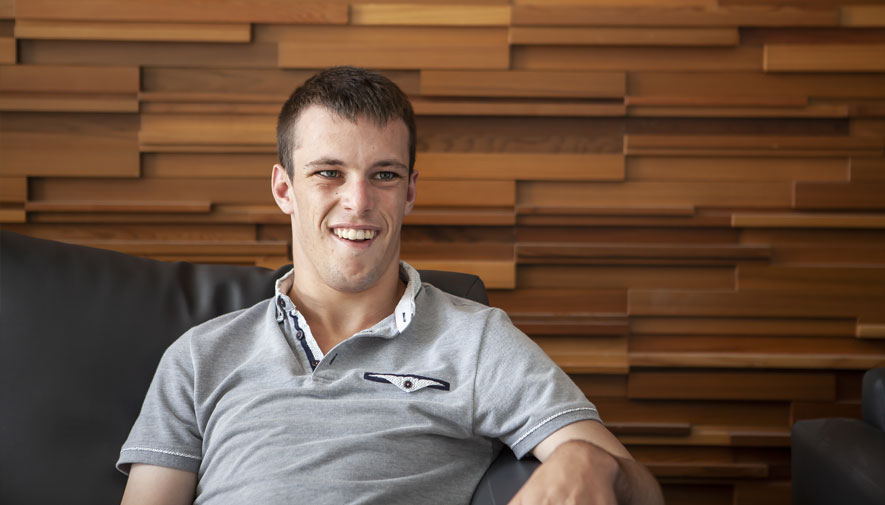 Meet Eric – an extraordinary young man with an infectious sense of humour from the NSW Central Coast. As a result of birth trauma, Eric was born with Cerebral Palsy and at just 20-years-old he has already achieved some enormous feats, despite having reduced mobility and a speech impediment.

Eric’s story began when he inquired with the breakthru Tuggerah office in mid 2018. At the time, Eric was looking for a support coordinator to help him build capacity and work towards finding employment. After an initial Meet & Greet with our passionate Team Leader & Support Coordinator Donna, Eric instantly felt a connection and decided to move forward with breakthru.

After taking time to get to know Eric and his family a bit better, Donna’s first step was to identify and start designing a plan to work towards Eric’s immediate goals – which was obtaining full time work in the health sector. 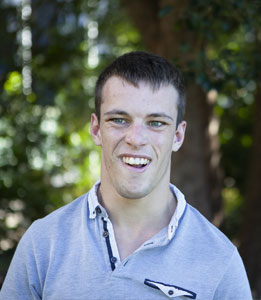 “I want people to see me before they see my disability”

With his key goal in mind, both Eric & Donna began working together to contact local employers in pursuit of finding a suitable job. Having tried to find full time work before, Eric we quite demotivated as he was repeatedly knocked back from health administration roles – feeling as though he was overlooked simply because of his Cerebral Palsy.

To address his confidence issues and help him build capacity, breakthru moved quickly to help Eric further his education by enrolling him in TAFE. With Donna’s help, Eric also secured work experience with a variety of local businesses in the area.

With continued help and support from Donna, alongside his own incredible resilience, Eric finished his TAFE course and significantly improved his Resume over the course of 2018 – putting him in a perfect position to hit the job market again. But despite their efforts and repeated attempts at finding work, Eric still kept getting knocked back – at least until they met the amazing staff at the Central Coast Local Health District (CCLHD).

Eric originally contacted CCLHD after seeing their vacancies for an Administration Officer advertised online. With some additional help from Donna and the team from breakthru, Eric managed to arrange an interview with CCLHD where he met Ian and Pip to discuss potential paid employment opportunities in the Administration department.

Prior to the meeting, Eric discussed with Donna his desire to prepare a folder with a variety of content including his resume and a set list of outcomes he hopes to see after the interview. Thanks to his proactive and forward-thinking approach, both Ian & Pip were very impressed with Eric’s work ethic and quickly delivered the good news that they would like to bring him on as permanent Administration Officer.

Since starting with CCLHD, Eric has been working 4 full days as a permanent part-time employee. He’s situated between two teams, assisting the organisation to complete administration duties while being able to collaborate with co-workers and act as an advocate for accessibility and inclusion in the workplace.

Now that Eric has found meaningful employment, Donna has been working closely with Eric to ensure he has the support he needs to succeed in his new found role. Upon commencing with CCLHD, Donna helped to ensure Eric could safely and comfortably transition into his new job quickly and easily. Where required, this meant highlighting or providing equipment to assist Eric with speech or mobility as needed so he was able to complete tasks to his usual high standards.

Donna was also able to offer individual support to Eric, which allowed her to coach the staff at CCLHD and explain Eric’s capabilities and where he may be best suited in each team’s day to day activities. By doing this, Donna ensured that CCLHD were able to increase their understanding of what Eric could contribute to their team, and how they can support him so he can best perform in his new role so can he maintain long-term and sustainable employment.

As a testament to Eric’s incredible work ethic, his story was recently featured in the award-winning and critically acclaimed documentary series Employable Me, which follows the stories of nine individual with disabilities in their relentless pursuit to find work.

Employable Me gives a keen insight into Eric’s day to day life, pulling back the curtain on a person many employers would disregard during the employment process, and revealing the capable, witty and loving young man behind the condition. 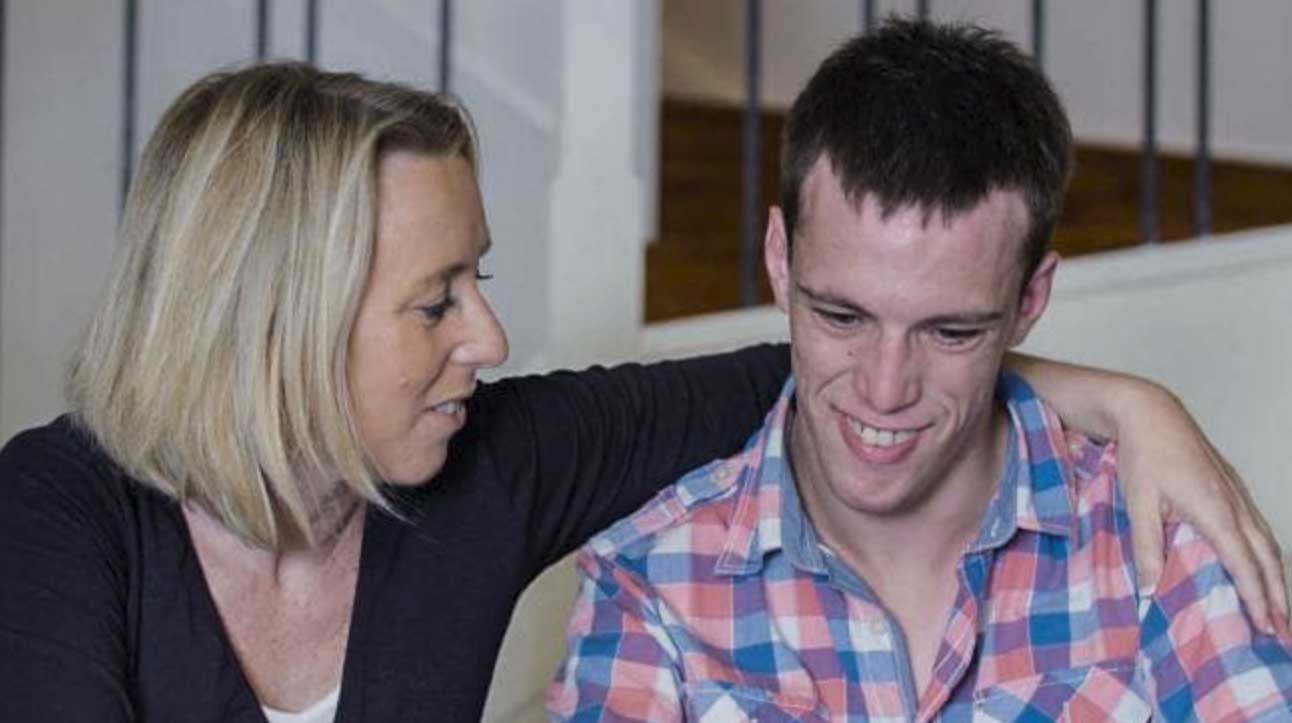 Eric being supported at home by his Mother, Karen.

After Series 2, Episode 1 was aired, Eric’s story quickly spread across Australia – pulling on the heartstrings of thousands of young families empathizing with his struggles.

Eric’s story even went on to be briefly featured on the popular television series Gogglebox, where we got to see exactly how Australian’s from a wide range of different backgrounds felt about Eric’s circumstances and the great success he’s managed to achieve as a result of unrelenting determination and perseverance.

What’s next for Eric?

Thanks to his unrivaled work ethic and fun-loving personality, Eric now works virtually independent of breakthru, only reaching out if he feels he needs assistance.

His current goals are to work hard and push to achieve full time employment 5 days per week, to ensure he can be independent in all aspects of his vocational endeavors.

breakthru have over 25 years of experience helping thousands of Australians just like Eric find and maintain meaningful employment. Get in touch with one of our friendly staff today to find out what we could do for you.

After growing up with his younger sister Katey (who was born with Down Syndrome), Josh has witnessed first hand the barriers and misconceptions placed around people with disability. As part of the breakthru team, Josh hopes to assist people just like Katey to find the information or supports they need to live their best life.

Latest posts by Joshua (see all)